Alberto is a truck driver for a furniture company in Los Angeles. Since Alberto and his wife moved to the U.S. in 1968, he’s had the same job for forty years, and currently makes $11 an hour. Halfway across the country in Houston, Jenny works hard at her part time job, barely meeting her daily expenses and bunking up with friends to save on housing costs. She attends a job training program to help her get a better job as a Human Resources clerk to improve her English.

Alberto and Jenny come from very different backgrounds, but they share one thing in common – they want to become U.S. citizens. However, like millions of other legal permanent residents (LPRs) in the U.S., Alberto and Jenny cannot afford the cost of applying for citizenship.

Legal permanent residents or “green card holders”, reside in the U.S. as legal or documented immigrants, pay taxes, and work lawfully, though they are not able to vote. There are 13.1 million green card holders in the U.S., of which an estimated 8.5 million are eligible to become naturalized American citizens — gaining the right to vote and the opportunity for better paying jobs and educational scholarships. 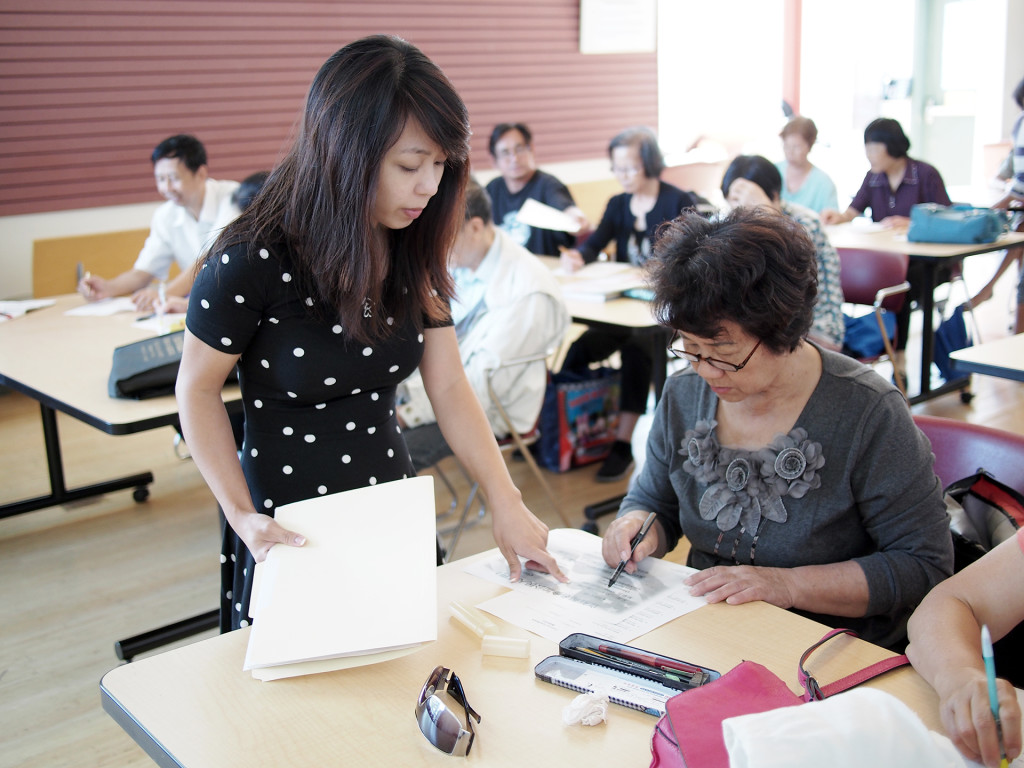 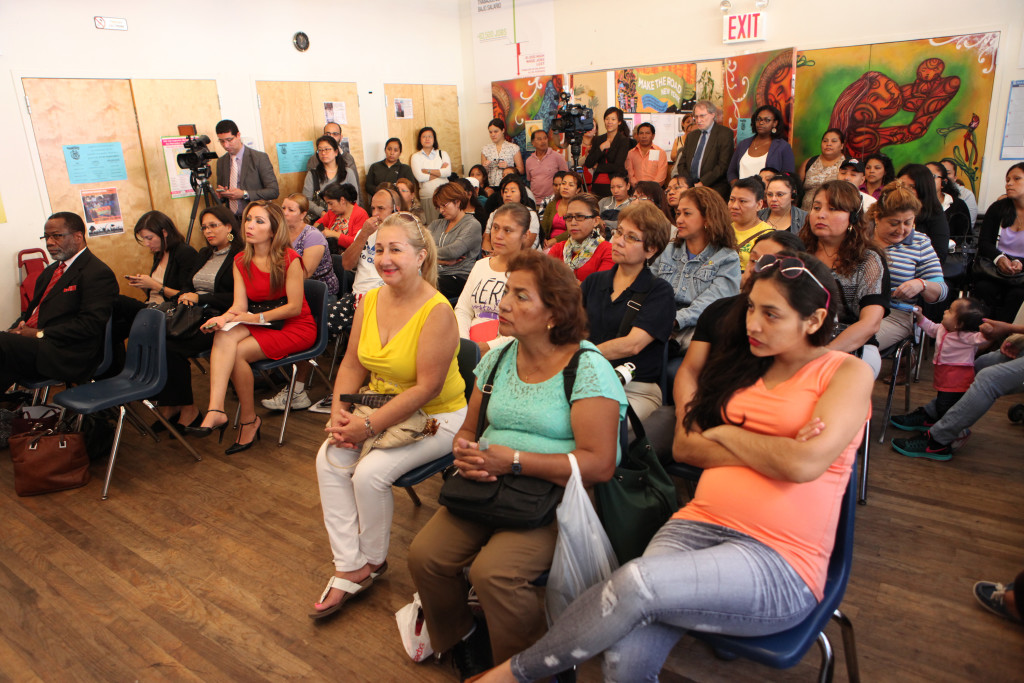 Legal permanent residents who become citizens realize an eight to 11 percent increase in individual earnings in the years immediately after they naturalized. Currently, 4.25 million of this group is considered low-income, yet the poverty rate among naturalized citizens is half the poverty rate among non-citizen immigrants, reports Economic Policy Institute. So given the individual economic benefits, why are so few pursuing citizenship?

Ninety-three percent of Hispanic legal permanent residents would become citizens if they could, but for many, there are major obstacles. The fee for applying for citizenship is $680 – a cost that is difficult to cover for the 52 percent of legal permanent residents who earn low incomes and are eligible for citizenship. Even if Alberto and Jenny could afford the fee, recent pioneering work by CASA de Maryland and the City of New York’s Mayor’s Office for Immigrant Affairs has also shown that the cost of applying for citizenship for those who neither have the savings nor qualify for a fee waiver, can be higher still due to a lack of access to affordable and trusted legal support which further adds to costs.

U.S. citizenship provides greater opportunities to build assets that could have a positive impact on the lives of millions of low-income legal permanent residents and on the national economy.

The transition to citizen for these millions of eligible immigrants would be a great boon for their cities’ economies too. Expanding citizenship to those who are eligible could boost the U.S. economy by between $37 billion to $52 billion over ten years, based on research by the Center for the Study of Immigration Integration. That would translate to up to $4.1 billion for New York City’s economy, up to $2.8 billion for the Los Angeles economy, and up to $1.6 billion for Chicago. Brookings has also shown that immigrants are 30% more likely to start a business compared to their U.S.-born counterparts, creating jobs and revitalizing communities. Already, according to Fiscal Policy Institute, immigrants comprise a major share of small business owners in Miami (45%), followed by Los Angeles (44%), New York (36%), and San Francisco (35%). 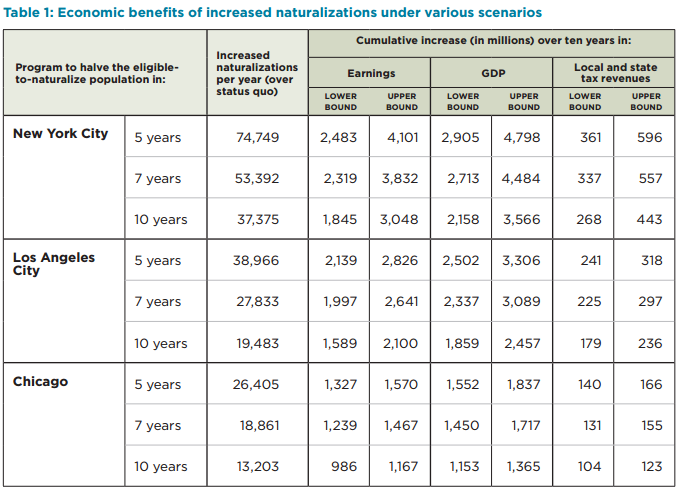 “Citizenship: A Wise Investment for Cities,” The Center for Popular Democracy, The USC Center for the Study of Immigrant Integration, The National Partnership for New Americans

For all these reasons, the Asset Building Policy Network (ABPN) —a national coalition of the nation’s preeminent civil rights organizations and Citi Community Development—believes that the combination of safe and affordable loans to cover the cost of the naturalization application fee, paired with critical citizenship support services, can empower low-income aspiring citizens to begin building stronger financial profiles while forging new national identities.

As part of a suite of programs developed by the ABPN, and funded by  Citi Community Development, the National Council of La Raza (NCLR) and National Coalition for Asian Pacific American Community Development (National CAPACD) launched two groundbreaking initiatives to demonstrate that citizenship is an asset for low-income families.  These programs are designed to remove the financial barriers to citizenship and integrate immigrant households into the mainstream financial marketplace.

National CAPACD will test a strategy, embedded in traditional immigrant-focused social services, that promotes economic integration for Asian immigrant communities focusing on savings and credit-building through peer lending circles. Adopting the pioneering model developed by the Mission Asset Fund in San Francisco, participants will lend to each other, support each other’s citizenship aspirations, and begin building credible financial backgrounds.

National Council of La Raza is testing a new model to connect eligible immigrants to citizenship by offering financial solutions to workers at their place of employment. Working directly with employers, legal permanent residents will receive advice, information, and opportunities to build their credit while securing the loan they need to cover the cost of the naturalization application fee.

Both programs will provide a “teachable moment” of pursuing citizenship to integrate immigrants financially, build their financial capability, and ultimately become citizens. They will demonstrate that financing the costs of citizenship can go hand in hand with more traditional immigrant integration services such as English as a Second Language courses or services that help new aspiring citizens chart a course to realize their full economic potential. 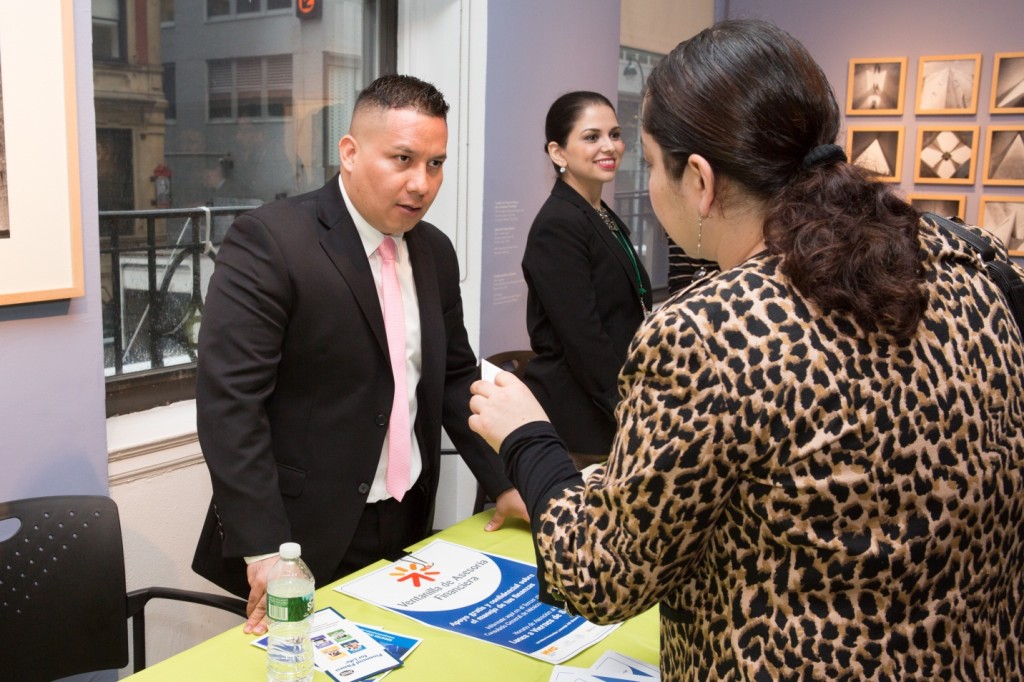 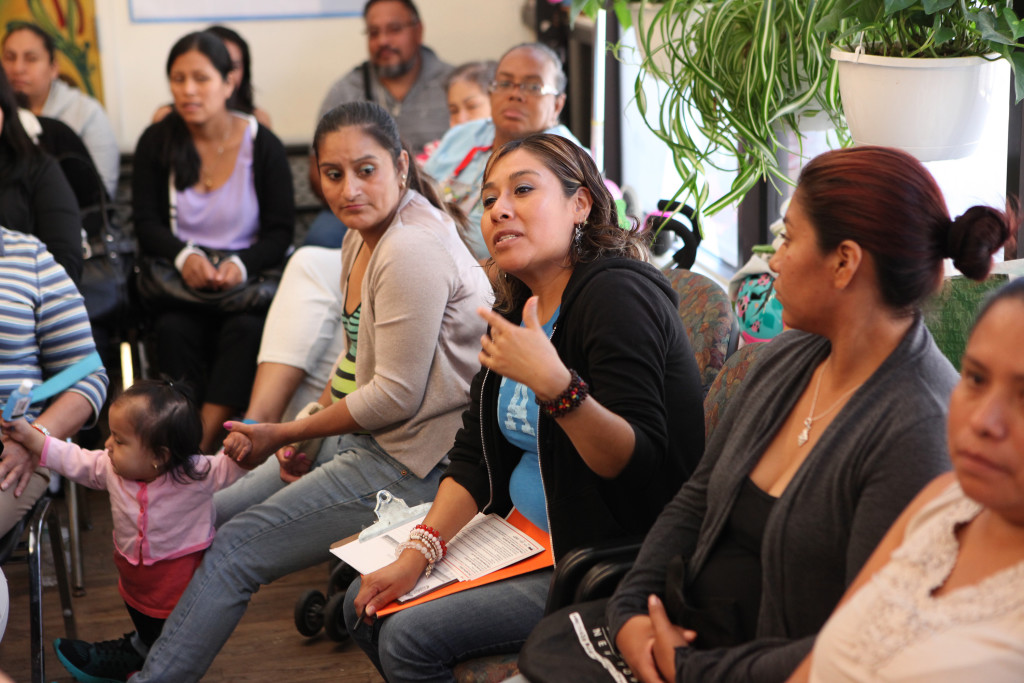 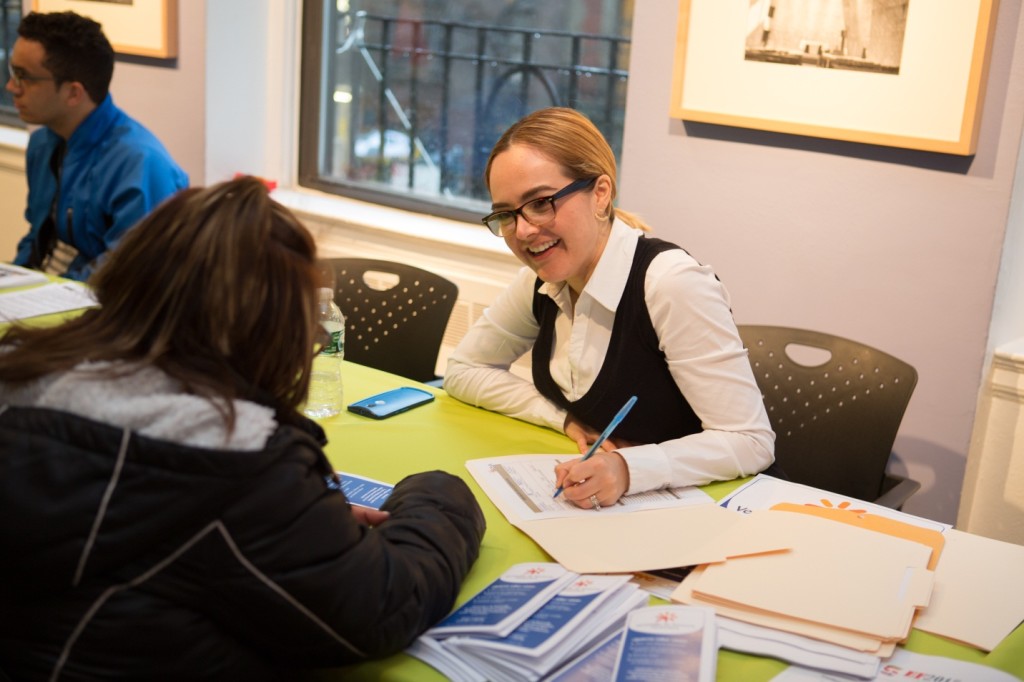 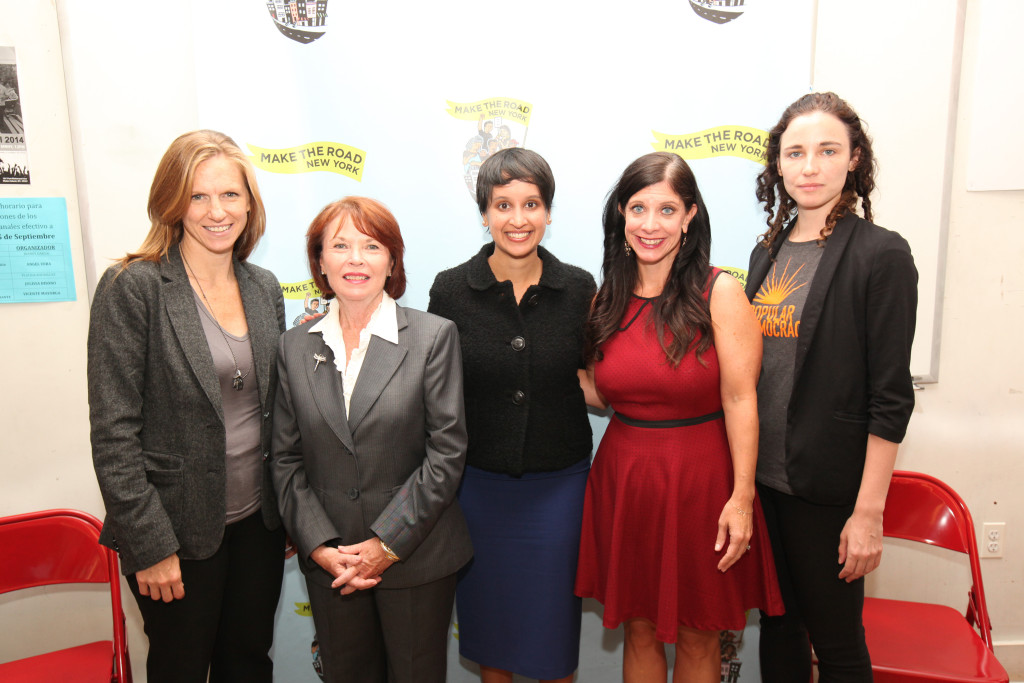 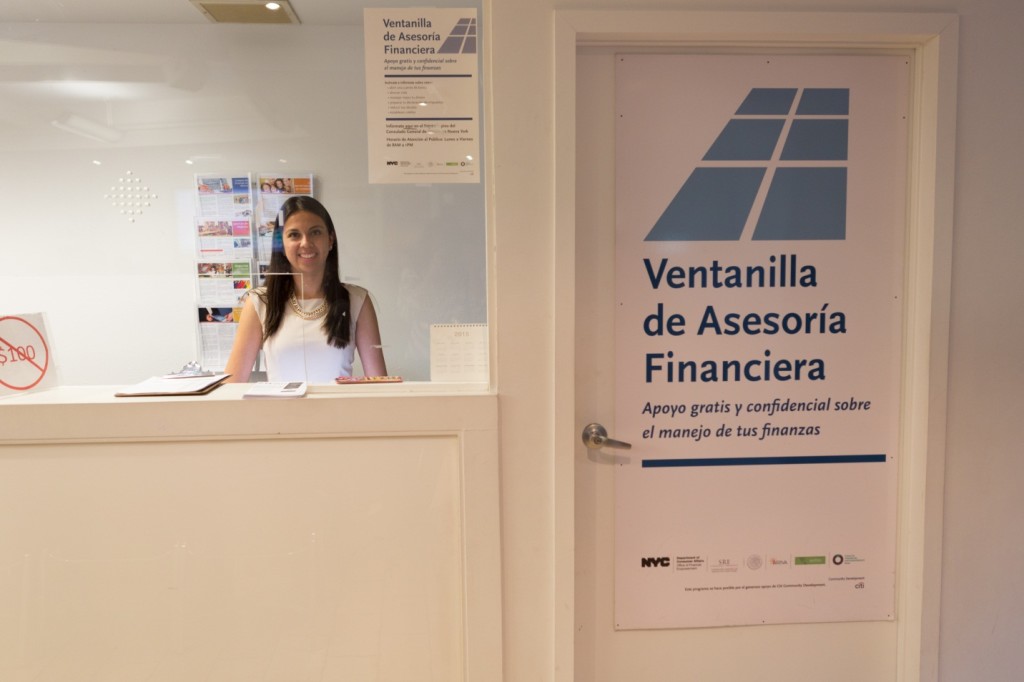 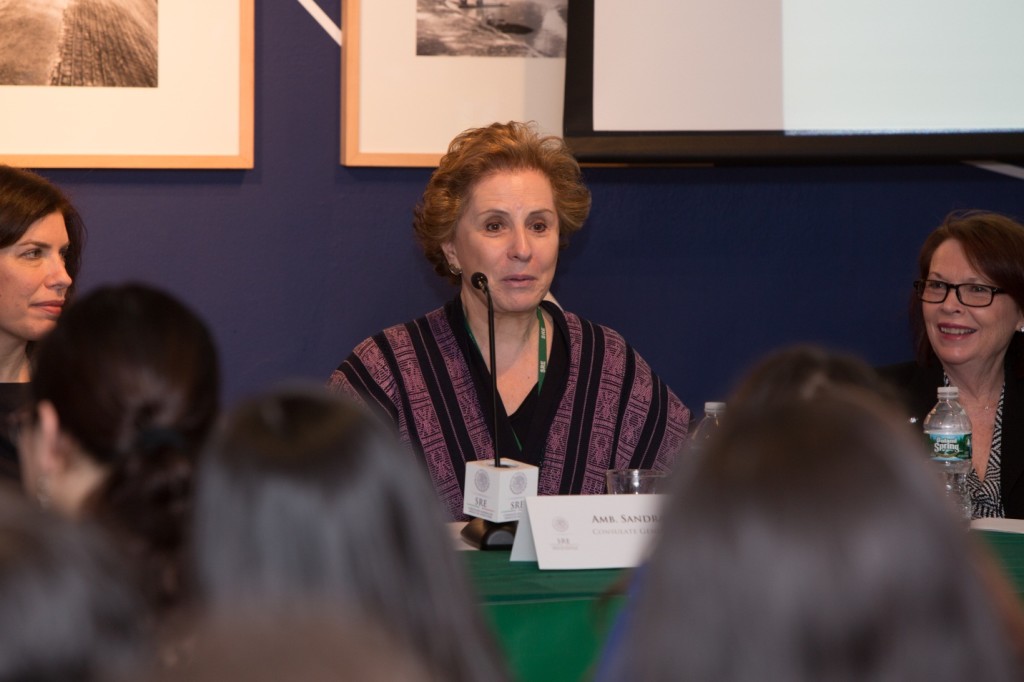 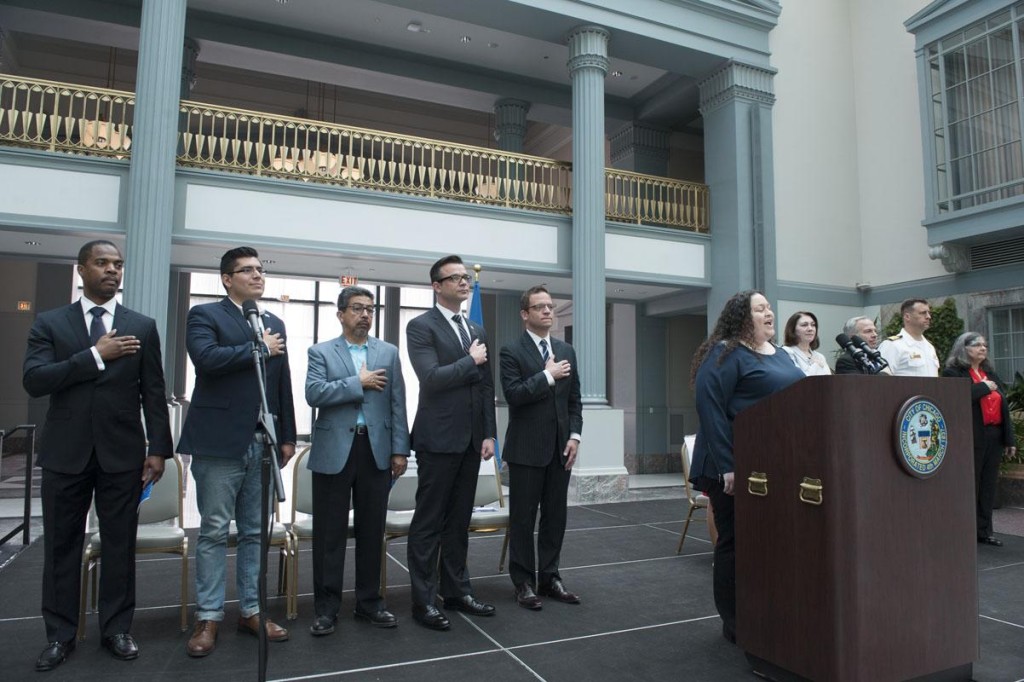 In addition, Citi is the Founding Corporate Partner for the recently launch Cities for Citizenship. Cities for Citizenship is a major national initiative aimed at increasing citizenship among eligible U.S. permanent residents and encouraging cities across the country to invest in citizenship and financial empowerment programs. It is chaired by New York City Mayor Bill de Blasio, Chicago Mayor Rahm Emanuel, and Los Angeles Mayor Eric Garcetti, with support from the Center for Popular Democracy and the National Partnership for New Americans.

For Alberto and Jenny, and millions of other hard-working legal permanent residents looking to build a better life for themselves and their families, citizenship offers a pathway to individual financial security and an opportunity to further strengthen our national economy.